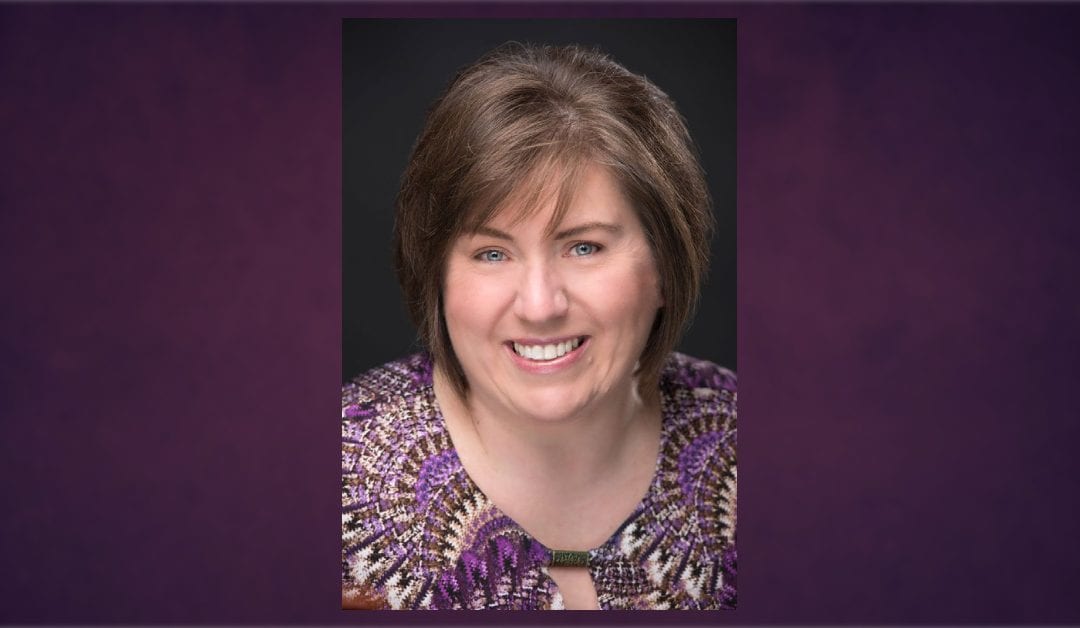 My story starts out similarly to many who struggle with addiction:  Abuse. Trauma. Feelings of abandonment. All beginning when I was very young:

One look at that outline and the enemy is obvious you might think, alcoholism, sexual abuse, probably some abandonment issues from everyone leaving, death wishes – the works, pretty much.  But what I’ve just described to you is only what was happening on the outside. Those events were obvious to outsiders.

What is equally important I have found is what actually happened on the inside. On the inside I learned to hate myself and with that I hated everything and everyone around me. I trusted no one. No one had been trustworthy in my life, ever.  Fear became my closest ally and loneliness my nearest living relative. I kept these two companions with me wherever I went. I was never without them. It wasn’t a conscious thing, it was just part of who I was.

There it is – my sad story, and it is sad, really sad. Who would do that to a little girl? Why did everyone have to leave my family? Why did my mom die when I had just gotten to the point of being friends with her? Why was my dad an alcoholic? Why couldn’t I grow up in a “normal” house like everyone else?

These questions and others I carried with me for years, in the form of bitterness and anger towards God. A God who I had been taught was a somewhat loving God I found to be distant and uncaring, somewhat like my earthly father. Imagine that.

And so it was, I was 22 years old, done with life, my outlook at this point is pretty much that my life sucked, there was nothing I could do to change it and that the best thing to hope for is that it wouldn’t last too long or hurt too much before I died. Hopelessness was the bane of my existence.

That was many  years ago. So what happened? I know you’re all the edge of your seat, in one sense, I mean if you know me at all today,  I think you all know God came and did a wonderful work I gave my life to Jesus, he transformed me, healed me, helped me work through my issues, I worked the steps, went to Celebrate Recovery and life began to get better.  That’s all true, for sure.

But I get hung up on the details, I do. I want to know – what does that mean – God transformed me? What does it mean God healed me, how did that happen, what did that look like?  This is the truth I want to tell you – it can be pretty ugly sometimes. It can be very difficult sometimes and I found in this whole process that while my experiences caused “separation anxiety” – “ abandonment issues” – “addiction” and a whole host of other character defects, my biggest enemy in this whole thing was me. The person who fought hardest against me, was me. Remember, I hated myself, very deeply. So how do you win a battle against yourself? Here’s how I did it:

I realized I was powerless over my addiction and that my life had become unmanageable. I was 22 homeless, hopeless, I had no one and nowhere to go. Pretty sad.

I came to believe a power greater than myself could restore me to sanity. I had always known God, I was raised in the catholic church. At my bottom – when I was 22 – I asked God for a sign, I was ready to kill myself, but there was still some small part of me that wanted to live. I called the Pastor at a church I had been going to for just a few months and I asked him to meet with me.  I told God if he didn’t meet with me that night I would take my life. He met with me that night. And I began to see God and feel God in a different way. I began to feel like He was vested in me. Interested in my life.

I gave my life and my will over to the care of God. That very same night after meeting with the Pastor I went home and started reading the bible he gave me. 1 John 1:9 says if we confess our sins God is faithful and just to forgive us our sins and to cleanse us from all unrighteousness. I got it. I mean I really got it. The words on the page leapt into my heart and understanding came and started to take root and I began to believe in my heart what I had known in my head for so many years. Jesus died on the cross for me. He did it for me. He loved me that much.  I gave my life to Christ. I prayed a simple prayer and acknowledged that I couldn’t do this without God and I asked him to take over my life and make something of the mess I had made of it.

I made a searching and fearless moral inventory of myself. This is definitely an “I” statement, though there were those who tried to help me do this. This was the hardest step and this went on for a long, long time. It took me a long time to acknowledge all of the things that were done to me and all the things I had done.  This was the most painful part of the process, being honest with myself. In the midst of this I had to acknowledge that I had a deep, deep hatred of myself and I didn’t know what to do about it. Sure, things were starting to change on the outside, but on the inside I KNOW who I am. And I KNOW who I AM NOT. In some ways I stayed stuck in this for many years. But in the areas I wasn’t stuck in I moved on.

I admitted to God, to myself and to another human being the exact nature of my wrongs. Vomit. That’s what I wanted to do. And you know this step came in various forms at various times, but I had to examine my thought patterns and behavior. I had to journal – write it all down.  I am eternally grateful for the help I received during this time. I had a great sponsor, I also did some one on one, and I had some great friends, people who were willing to walk with me through my junk, people who apparently saw something in me I sure didn’t. Some of the things I realized here was that I would reject people before they rejected me. I would sabotage a relationship so the other person wouldn’t end it first, because really no one could ever love me. I still hated myself I couldn’t believe someone could love me for real. You know I was married for 10 years and I wrote in my journal “imagine being married 10 years and not being 100% sure your husband loves you” and I realized during this time that my greatest desire and my greatest fear were the same. To be loved.  I was afraid of being loved, I was afraid of showing myself to someone truly and allowing them to love me. 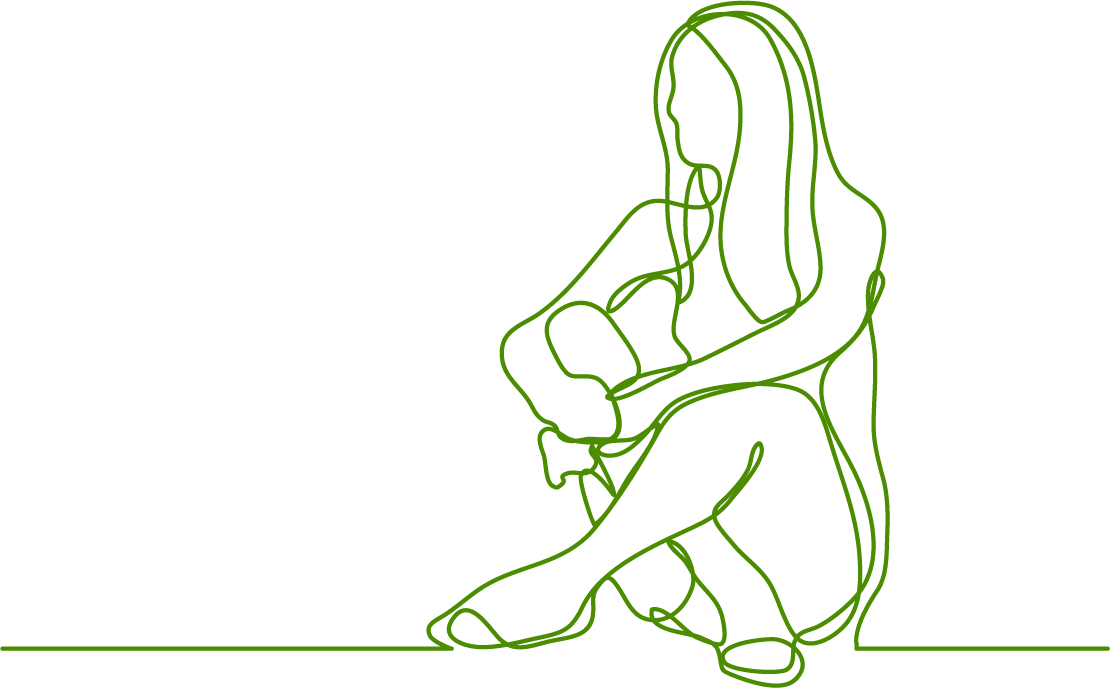 By now you’ve probably realized I am walking you through my steps – but I have to share something with you, I don’t think step six reads right. I don’t think anyone is entirely ready to have God remove all these defects of character. I mean I thought I was, and I certainly wanted a new life, by now I am in this process pretty far, pretty well invested and it sure sounded good to me, you know, “Character Defects Removed Here” Line up. I didn’t want to be defective anymore, right? But it hurts, a lot. It is a very, very painful process. Worth it, for sure, but difficult as well.  So what does it look like? Some compare it to the peeling of an onion, one layer at a time. Not a bad analogy. But what does it look like? Well, for me I had to remember the details of my abuse, I Had to share my feelings and thoughts with someone – it felt like someone was ripping my heart out. The fear that encompassed me in those days was overwhelming. I found it difficult to do the things I had to do on a day to day basis – even take care of my kids. I had panic attacks – I isolated myself and I clung to self hatred convinced that nothing good could ever come of my life and refusing to hope that I might be wrong.

I made a list of all persons I had harmed, and became willing to make amends to them. Some were easy, some were not. I had to pay back money I stole and I had to learn about “living” amends. Which is basically saying that there really isn’t anything you can do except get it right this time. So I did.

I continue, to this day, to take personal inventory and when I am wrong I admit it promptly. I have found that the longer I wait to right a wrong the harder it becomes.  At this time, I allow others to take my inventory as well. It’s a part of my process, holding myself accountable to those I trust.

I seek through prayer and meditation to improve my conscious contact with God praying for knowledge of His will and the power to carry that out.  It doesn’t come naturally to me – it’s not second nature – though some of it is. I have to be intentional about picking up my bible and checking in with God on a daily basis.

Having had a spiritual awakening as a result of these steps, I carry this message to others and try to practice these principles in all my affairs. Today I get to give back in ways I never thought I could. I started Coram Deo 15 years ago which provides safe housing for women struggling with addiction and abuse. It’s a place to grow, a place to learn, a place to love and a place to become. We started this with one house and 14 beds. Today we have 5 houses, 56 beds and we are able to serve women AND children. Lives are being changed and I get to share on a regular basis what God has done for me. I have a wonderful husband, we’ve been married 29 years and two beautiful children.

But that’s what people can see on the outside, on the inside

It took me one year to get clean, it took me the better of ten years to work through my recovery. I just want to encourage you here, look at the big picture, it takes time. This is a process, we call it recovery, it’s a journey that can change your life, if you allow it to.