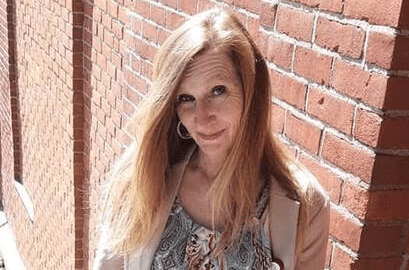 I took my first drink when I was 12 years old. I took it from my parents liquor cabinet…..I added water so it wouldn’t be noticed. I began drinking more socially in high school, and became a blackout drinker by the time I turned 18. I was smoking marijuana and just after high school I tried cocaine for the first time.
​
I wasn’t a bad kid – I was different though, at least that’s how I felt. People liked me better when I was under the influence, or so I thought. I wanted to be liked, I wanted to belong.

I began to dig a hole for myself – I was quickly headed into places you really wouldn’t want your daughter or your niece at; and so it was my family gathered me up, shipped me to my aunts home in Maine and told me to choose a branch of the military to join. That was their solution to my problem and I let it happen.

I chose the Navy. I did well there, I completed 8 years, was a diesel mechanic, serviced ships overseas, and lived on a Destroyer Tender. I even managed to lose a ship! (that’s a longer story than what we have room for here, but it’s true!)

In spite of all of that and probably because I was in the Navy, drinking continued to be a normal part of my life. During this time, I met and married my first husband (who also happened to be my drinking partner). While we were serving together, we drank together and in the last year or two of my service, he began to be emotionally abusive to me. I didn’t entirely understand that’s what was happening, but when the hands began to fly and my face was being slapped and he pushed me around, well, THAT I understood.

I made the decision to leave, took my 2 children with me and made my way back to CT.

I managed for a while on my own, and then I met my son’s father. I met him at work, he was a cook, he was charming and smooth, with a little bit of temper, but that didn’t bother me.

After a year we moved in together and for the next 13 years I watched my life crumble as he mentally and physically abused me. He set out to destroy me and he came very close to doing just that. After 13 years, 4 broken noses, (2 that required surgery), 26 black eyes, 4 cracked ribs and with less than zero self esteem, I finally called the police.

In came DCF, they took my kids and 30 minutes later I went on an 11 and a half month drinking and drug binge. I lost my house, I was homeless, sleeping where ever I could find a bed or a couch.

It was on Mothers Day, 2015 that I made the decision to never use again. I was tired, I was lonely, I missed my children and I never wanted to be without them again on Mothers Day.

I went into a 4 month treatment program, but when I completed it, I still had no place to go. I had gotten some help, but I was still homeless. I had no money, no job, all I had really was 4 months sober and a bag or two worth of personal belongings.

​Sitting in my counselor’s office close to my last day there, scared and anxious and not knowing where to go, I watched as a fax came in from a local sober home. Ironically enough, the name of the sober home, was Sarah’s House. I took this as a sign from God and called them immediately.

I was accepted into the house, my hope was restored, I had a plan in place and I was intent on making it work. I would go into the sober home for 2 months – get a job, save my money, get a place of my own and have my children back with 6 months to a year, easy. No problemo. Or so I thought.

I learned about Trauma and it’s effect on me. I learned that my actions and reactions were not uncommon, but that I didn’t have to let the past rule my future. I began to have hope that I might actually be able to live differently this time.

I became active in NA, took commitments and attending meetings several times a week sometimes everyday. I got a sponsor, I worked the 12 steps and I learned more about myself.

I had good days and bad days, but the staff at Coram Deo was always there for me, encouraging me and pushing me for greater things. I really believe that Coram Deo saved my life. Don’t get me wrong, there were many women in our program who relapsed along the way and left. Maybe they weren’t ready yet, maybe it wasn’t their time, I’m not sure.

Today I work in the field of recovery helping other women. I am a certified Recovery Coach / Peer Recovery Support Specialist. I work all over the state with women, offering them the hope that I once received and guiding them the way I was.

Coram Deo provides a great opportunity for recovery and I would highly recommend them for anyone needing a safe play to rebuild.

Building a better tomorrow one day at a time.